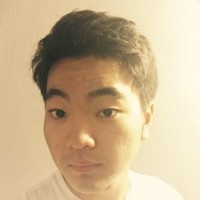 As I prepared to visit Auschwitz, the biggest Holocaust concentration camp and death camp, I imagined a black-and-white encampment where skeletally thin men marched. I thought of smoke rising from the chimney filling the air with the stench of death. I even pictured panic in the eyes of children being led to the gas chamber not knowing where their mother may be. I saw it all … but it wasn’t my eyes that saw it because when I visited Auschwitz, there was a vast nothingness in both the physical and figurative senses of the word.

By the end of World War II when Nazis realized they couldn’t win, they burned everything to hide what they were doing: the gas chamber, crematory or any evidence of their unspeakable crime of the Holocaust. Yet 1.3 million innocent people died in Auschwitz. It’s very well possible if some of the prisoners didn’t manage to escape, the world would have never found out what had happened.

As I walked beside the railway to the ruins of gas chambers, I saw it in a series of flashes: the suitcases being thrown to the ground from the trains, Nazi SS officers in uniform smoking and laughing as they pointed guns at weak and sick people, an elderly Jewish man tripping and falling as he tries to keep up with a herd of people walking into the shower room.

At one point, I didn’t want to see it anymore. I felt like vomiting. There was just too much evil. How could God allow such a thing to happen? Why did so many people have to suffer? How could humankind commit such an atrocity against another human being? It’s sickening to visit Auschwitz. There are mountains of hair shaved from dead bodies; the hair was sold to make fabric. Ashes from burning corpses were “recycled” as fertilizer. How then could you find hope in that horrible place?

Still what was most surprising was that there was hope, even in Auschwitz. People died with dignity and humanity even as they were treated as less than animals. Prisoners survived, encouraging each other in that despairing situation. People still put faith in God when their meal consisted of nothing but a small bit of bread. Men and women, such as St. Maximillian Kolbe, willingly laid down their lives for others. They recited psalms and praised the Lord. I believe that surely God was with them at their last moments and he welcomed all the innocent to his kingdom.

At the end of the day, I wrote a poem for those who died. May I always be reminded of their hope and courage in my days:

Those who were murdered as numbers did not die nameless.

Many died with their head held high, more human than their killers.

We must never forget in that place of deadly shadow, hope and faith endured on.